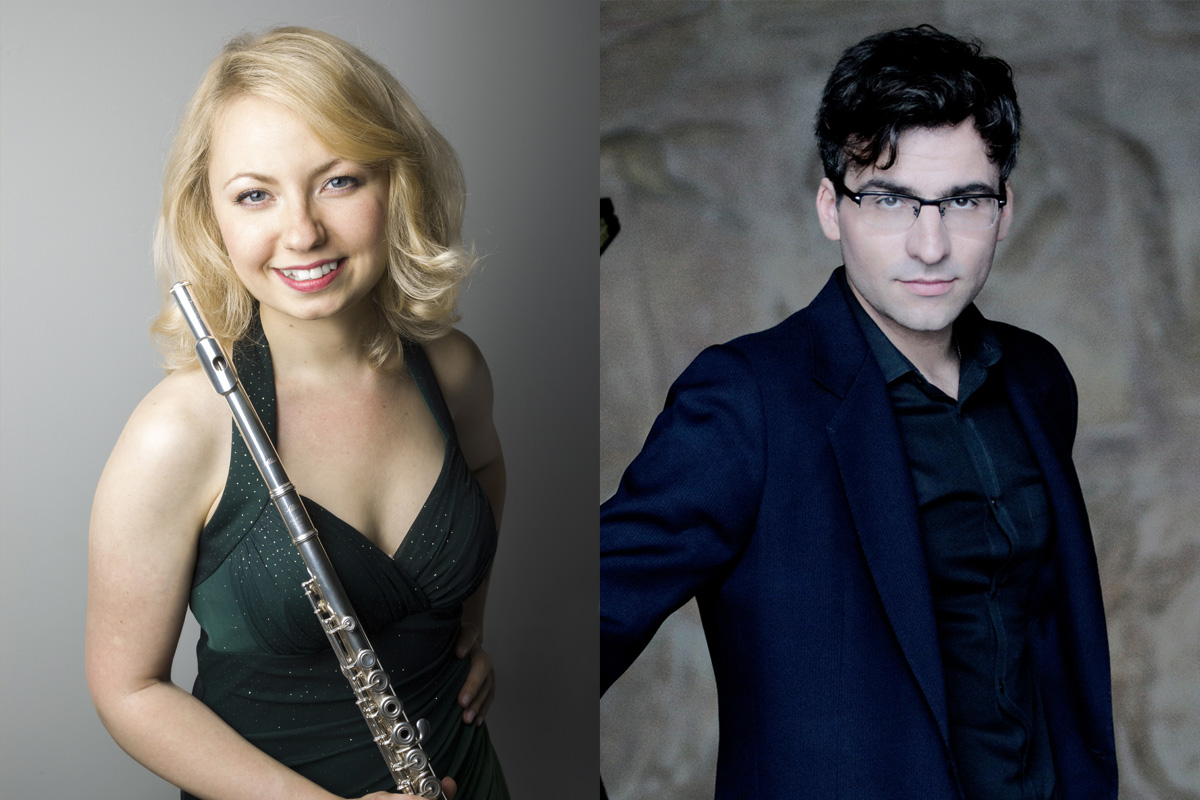 This outstanding young duo present their Soviet and Russian Souvenirs.

Pianist and composer, Pavel Timofeyevsky, is quickly gaining a reputation as one of the most exciting and compelling artists of his generation. Born in Russia, educated at the Royal Academy of Music, Pavel has made England his home and has appeared at nearly all the major concert venues in the UK: such as the Wigmore Hall, as well as the Royal Festival and Queen Elizabeth Halls at the Southbank in London. Concert tours abroad, along with television and radio appearances include Russia, France, Spain, Sweden, Greece, Cyprus, India and the USA. Pavel is a recipient of several prestigious British music awards, scholarships and national competition prizes which include winning the Myra Hess Award for piano, and the BBC/Guardian Young Composer of the Year award for composition.
As a composer, Pavel recorded the soundtrack and starred in the US documentary Tchaikovsky and has composed music for several films, including the critically acclaimed Le fin de la belle époque documentary for Russian television. Most recently he created a soundtrack for Russia’s oldest animated film studio, Souyzmultfilm. In July 2014, he conducted a world premier of his new work for symphony orchestra at Cadogan Hall, London.
His discography includes featuring on two chamber music albums for the British recording label Music-Chamber. Keen and eloquent speaker, Pavel enjoys giving lecture-recitals, and has his own regular lecture-concert series in London.
2014-2015 season highlights included Pavel making his US and Italian debuts with solo recitals at the prestigious Merkin Concert Hall in New York, and Basicila San Miniato Al Monte in Florence respectively. In March 2015, Pavel joined violinist Irmina Trynkos on a two week concert tour of China. Other highlights included a highly successful collaboration with the Bristol Metropolitan Orchestra in performance of Ravel’s piano concerto and a debut performance at the Latvian Music Academy in Riga, Latvia.
Highly sought after as a soloist and chamber music partner, Pavel continues to collaborate with orchestras and to tour extensively with recitals across the UK and abroad, making regular appearances on the British music festival scene.

Concert flautist Alena Walentin is an Associate of the Royal Academy of Music and Artist Fellow of the Guildhall School of Music and Drama. She is a recipient of numerous prizes such as including the British Flute Society’s competitions, the International Flute Competition “Friedrich Kuhlau” (Germany) and The Royal Academy of Music flute competition. She has also won several prestigious awards including the Worshipful Company of Musicians’ Award, the Hattori Foundation Award, The Leverhulme Trust Award, The Philharmonia MMSF Award, the Wolfson Foundation Award and many more.
Alena has appeared as a Guest Principal with the Philharmonia Orchestra, Music Aeterna, BBC Scottish Symphony Orchestra, and BBC National Orchestra of Wales. She has performed joint recitals with Emmanuel Pahud and Denis Bouriakov. She has performed solo works with some of the world’s leading orchestras, including the Moscow Chamber Orchestra, Moscow Philharmonic Orchestra, the Royal Academy of Music Chamber Orchestra and has performed at prestigious UK venues including The Royal Festival Hall, Buckingham Palace, Wigmore Hall, Barbican, King’s Place and at the BBC Proms with the BBC Scottish Symphony Orchestra. She has given recitals in Canada, Japan, UK, USA, Russia, Germany, Austria and Spain.
Alena trained at the Guildhall School of Music and Drama and the Royal Academy of Music.

“Alena is one of the most brilliant of the rising stars of the flute in the world. Listen, and you will enjoy! She has tremendous energy and understanding, and can make you laugh and cry.” William Bennett OBE